Most of the time I travel I like to just wing it.  I have some vague plans, maybe a place to stay even, but 95% of the time I’m booking things a week, if not a day or two, ahead of time.  It’s very difficult to do that if a) you’re travelling with someone else with a different travel style, and b) if you’re travelling on an organized trip or tour.  This trip to Japan was both of those.

The original idea to hike the Nakasendo Way was my grandmother’s; she had planned to go with others in the past, but those plans had fallen through, so when she brought up the idea to me to go hiking through I country I’d never been to, I jumped at the chance.

The first step was determining when we were going to do the hike and how we were going to do it.  While it is possible to do the hike yourself, it would be very difficult to organize if you don’t speak Japanese as many of the areas along the route are quite isolated and not a great deal of english is spoken.  Since neither of us speak Japanese, we quickly eliminated that option. So we started looking in to organized tours.  These fell in to two categories: guided and self-guided.  Since we were a pair, and we didn’t feel like having too organized an itinerary, or be forced to “stick with the group” if we felt like changing our plans, we opted for a self guided tour.

The self-guided tours, although offered by many companies, really seem to be organized by two groups.  The first group is called Oku Japan, which many foreign tour companies partner with.  While it tends to be on the cheaper side (can be by a few hundred dollars) their services are on the basic side.  The other tour company we found was Walk Japan, who were definitely more expensive, but also offered a lot more in terms of the overall package. After reading reviews and sending a few emails, I’ve put together a small summary table of the difference I found below:

So while the Walk Japan tour was more expensive, it was more in line with what we were looking for.  While going through the booking process I found the staff to be very helpful and responsive.  We also had a friend from Japan who recommended the company to us, which helped confirm our thoughts.

The next part was deciding when to go… we had a vague idea of September, so the first part was actually booking flights.  We were splurging on business class, and using points, so early booking is key to get good flights.  September is also more of a shoulder season, which helped: after summer and before October when the leaves start to change.  After searching through both Aeroplan and Alaska booking sites, we came up with the following itinerary:

We were able to book these in March, but since both our schedules were fairly flexible, we could work with what was available.  We would also get to fly on one of Cathay’s new A350s!

So flights booked, the next thing was booking the tour.  The option we chose was 6 days long, and we would  be in Japan for 2 weeks, so I was fairly confident we would be able to find a tour date that worked.  We ended up booking our trip in the middle(ish), giving us 5 days before and 3 days after our tour to explore the rest of Japan.

A few weeks (months actually) later, I started looking in to booking our hotels, after we had finalized our tour dates and sketching out a rough itinerary.  We ended up planning on 1 night in Fukuoka to get our bearings, then spending a day in Hiroshima on our way to a few more days in Kyoto.  From there it was an easy hop on the train to the start of our tour.  We would end in Tokyo, getting a few days to explore there as well.

For hotels, I used a combination of points, hotels.com, and Airbnb.  I find Airbnb is really the best when you plan to say put for a few days or more, so I started with that in Kyoto.  To contrast the hotels we would be staying in the rest of the time, I found a cute, inexpensive apartment, close to 3 different starbucks (both me and my grandmother practically live there), which was a typical japanese apartment.  Looking around Fukuoka, all the hotels were a little on the expensive side, but there was a gorgeous hilton that had rooms available at the low tier points option, so I snagged that.  The great thing about booking on hilton points is that it’s treated as a refundable rate, so if you find something better in the meantime, you’ll be able to cancel it without a problem. 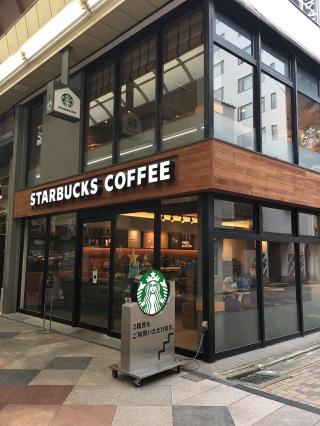 Japan Rail Pass… a must!

For Tokyo, I ended up booking us in to a fairly new hotel.  Tokyo hotels are expensive!  I wanted to find something that would be fairly easy to navigate the city from, and was also closer to the airport.  We ended up at the Wired hotel, which was in a quirky neighbourhood, not necessarily right in the heart of anything, but just a short subway ride away from all the activity.

We also asked to extend our rail passes to two weeks, instead of the one that was included in the tour.  It probably ended up being slightly more expensive than if we booked all our train travel well ahead of time, but it allowed us a lot more flexibility if our plans changed, which ended up being a very good thing and well worth the small extra price.

And with that, our trip was all booked.  We now just had to wait for September to actually get here.